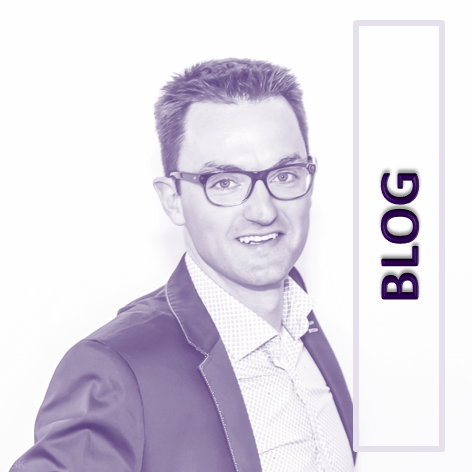 I admit: my wife packs my suitcase. She does not really trust my “packing accuracy” and packing is a profession that requires a professional. She always puts 1 day of clothing in my hand luggage; the rest is in my bigger suitcase (This strategy proved itself in a recent flight; all larger suitcases stayed at Schiphol due to the storm Eunice). After my journey, everything is used. Isn’t that great?

So, I should be thankful, which I often am. Rarely – I mean very rarely – she forgets something, or something gets broken during the flight. Then I am not happy. To make it worse: that non-happiness leads to paranoid behavior. Prior to the next flight, I check on all the things that went wrong. Also, I ask to buy some extra stuff. Annoying and irrational. I can get so focused on things that went wrong that I lose sight of what is needed. A recent example was a forgotten health questionnaire. I lost 30 minutes after a flight that was already 2 hours late ☹.

Now picture yourself a maintenance engineer. He was called to duty because of a machine failure. He knew exactly what to do and had the right people to fix the problem. There were just no parts available. Result: complete downtime of a production line. Suppose his rationalism is 50% better than mine, then still he wants the availability of the missing parts guaranteed until eternity.

Picture the same for a buyer. Deliveries from a particular supplier were always predictable. So, for planned maintenance, stocking was not needed, however, the recent delivery was problematic. The lead time was 100 days instead of 20 days. He slept badly at night and tried different suppliers, but nothing worked. So, he came up with a robust solution: let’s put a lot of these parts on stock.

When reviewing past planning decisions, we find numerous of these irrational instances. Legitimation from data is often absent and alternatives have not been considered. But the decisions are extremely logical because…we make them as humans. Then we include passion, emotion, powerplay, bias, and a lot of other – not too constructive – behavioral elements.

How can we minimize the effect of human imperfection to create better decisions? Of course, it starts with the recognition that something like bounded rationality exists. That notion should not only be embedded in an organization’s culture but also in systems and processes.

Let me now become practical when it comes to spare parts management and give 3 recommendations. A first – somewhat radical measure – is to totally remove the responsibility from the inventory controller. Let the spares management system do all the work. Huh, is that possible? Absolutely! It is always possible to identify and find parts categories for which the system just does a better job. And by applying Artificial Intelligence, the system trains itself. 100% ratio, 0% emotion.

The second – bit of a no-brainer – is to train all the people involved in the spares arena (including maintenance engineers, planners, buyers and financials). Make it as company-specific as possible because it is essential to showcase examples of bounded rationality. By creating collective awareness, there will be an understanding and reception for better spares methods and practices.


The third is to translate planning psychology into software system design. That is why our software – Lanza – has adopted the Advanced made Simple principle. Although Lanza works on the most sophisticated algorithms in the background, it provides the inventory controller exactly that piece of information to make or evaluate the best planning decision. And although Lanza gives you suggestions you can still intervene as a planner if you think that is neededStrong visuals are used because they stimulate associative and intuitive thinking.

Some people think and advocate that software is a luxury product. ERP systems can do the job, you just need to find your way in using the ERP systems the right way. I can only say: bounded rationality applies here as well. It might be the case that such a person just doesn’t have a clue what spares management is about.

To summarize. People are beautiful creatures, but they have strong limitations when it comes to spare parts management. I gave three recommendations to scope with human imperfection.

If you have made it to this part of the blog, you might ask if my wife and I are still a happy couple. Of course! I compensate for my annoying behavior with an infinite number of relational talents…. Bounded rationality applies always and everywhere 😊.