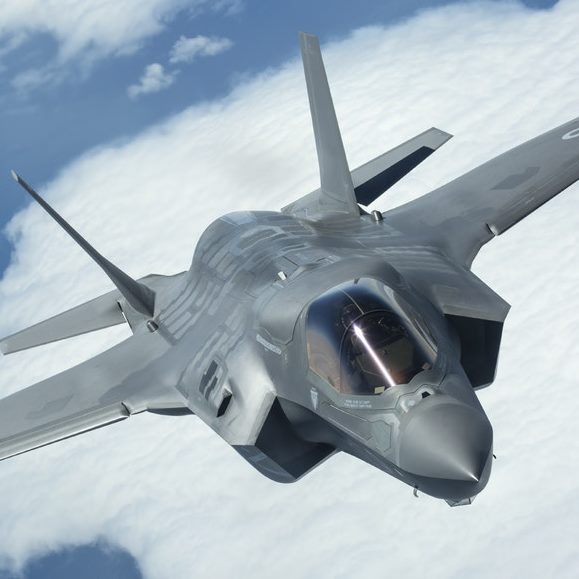 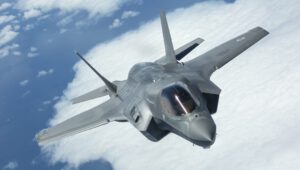 OneLogistics is the 4th Party Logistics Service Provider (4PL) that directs all logistics services related to the receipt, storage and distribution of F-35 spare parts in the European region. For example, it manages a warehouse (of the Woensdrecht Logistics Center of the Royal Netherlands Air Force), arranges customs matters, transport and everything else needed to deliver spare parts in time and efficiently in the region, but also beyond.

Smart, maintenance-integrated logistics
The maintenance of the F-35 is being handled in a smart way. The parts that are intended for maintenance in the European region go to the central warehouse in Europe, at the Logistiek Centrum Woensdrecht (LCW) of the Royal Netherlands Air Force. From there, they can be quickly packed and shipped, including customs clearance and export permits. With the approach proposed by the Netherlands, logistics costs are kept low, stocks optimized and good availability of F-35 aircraft must be achieved. Because of this integrated and optimization-oriented approach, the Pentagon chose the Dutch proposal. The realization of this warehouse is the first step towards a modern logistics concept for F-35 parts in Europe. With this center, the Netherlands show that they are a frontrunner when it comes to logistics.

The operation is in full swing
Following the decision in 2019, OneLogistics, together with its first 2 customers, Lockheed Martin (LM, the designer and builder of the aircraft) and Pratt & Whitney (P&W, the F135 engine supplier), has started to roll out the service. This was no mean feat for all organizations. OneLogistics was in fact a start-up (where the first ideas were already developed in 2001) and the 2 American suppliers were not used to setting up new, such extensive service supply chains. With the arrival of the first F-35’s in Europe last year, there was a healthy amount of pressure on this facility and activities were therefore started energetically.

This pressure was even greater for P&W, because a Maintenance, Repair, Overhaul & Upgrades (MRO&U) workshop is also being built and equipped at Woensdrecht Air Base. That workshop has since been opened and the first engine modules have been serviced there – with items from the central European stock in the warehouse located just 1 building away.

The stock of aircraft-bound parts is also steadily increasing, as are deliveries of items to the airbase where the F-35 is already deployed. You can think of Leeuwarden, Örland (Norway), Israel and Marham (UK). But deliveries to Japan and Australia have already taken place.

Extension of the service
The services of OneLogistics are now also purchased by Marshall Aerospace and Defense Group for maintenance and logistics of the C-130 Hercules aircraft of the Royal Netherlands Air Force that operate from Eindhoven Air Base (and worldwide) and for the 1,400 container systems (including workshop containers for the deployment in broadcasts) of the Royal Netherlands Army.

In addition, the 4PL logistics services also appear to be interesting for the (strongly internationally oriented) medical industry. Under the brand name ‘Tesseract Europe’, this smart logistics coordination and unburdening is now also offered to companies in this sector.